The Viking Press • May 17, 2021 • https://thevikingpresstvs.com/3305/reviews/before-your-eyes-a-cinematic-and-eye-opening-journey/

Before your eyes – A Cinematic and Eye-Opening Journey 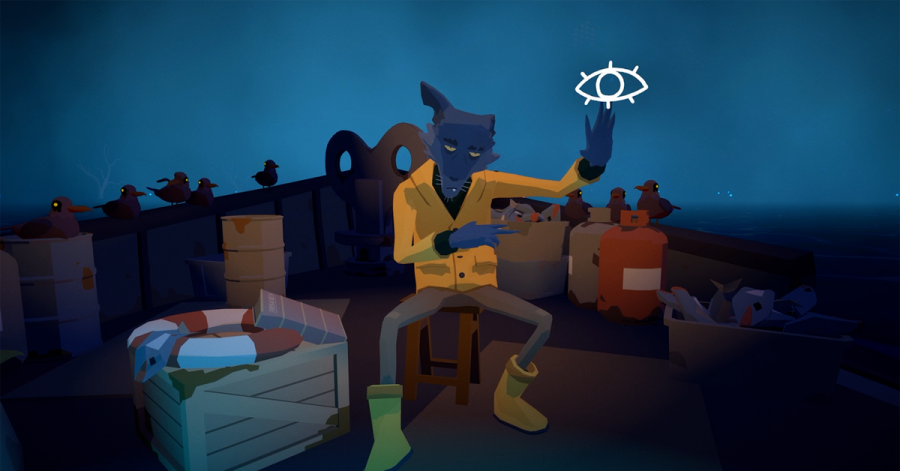 Pictured is a screenshot of Before Your Eyes.

The world can change in just a blink of an eye. GoodbyeWorld Games released a game on Wednesday, April 8, 2021, which utilizes the user’s webcam to track when the player blinks in order to move through the game. Through powerful storytelling, Before Your Eyes illustrates the enchanting life of Benjamin Brynn, a soul who has passed away, and is lost between the stages of life and death.

The game begins with Brynn talking to a ferryman, who forces him to relive his life, from the first moments to the very last in order to measure the integrity of the lost soul’s life. Each scene is controlled by the player’s blinks. Every blink transitioning to different scenes, days, weeks, and even years in Benjamin Brynn’s life.

The concept of using the webcam to track the users’ blinking is very unique and brings players a better emotional connection to the character they control. The game can be controlled with a mouse as well, but the traditional inputs create more of a magical feel. The eye-tracking system used is fairly accurate, however, and at times one might have to forcibly blink at the wrong time, which can be frustrating. Accidental blinks introduce the next stages of Brynn’s life immediately, even if players are not ready. However, this feeds into the replayability of this game, as every time there is a little more of the story that the user can learn about. It is as if the happiest and most celebrated memories are seemingly fading away, and even though one might miss specific aspects of the storyline due to blinking on accident, it adds to the experience.

The story explores themes of depression and existentialism, leaving players moved by strong emotions no matter how many times this game is played. The writing composing this game is breathtaking and bittersweet. The ending leaves a prominent impact on the player. The dialogue is very authentic and engaging, which allows player to create emotional relationships with the characters they meet throughout the game. The script is highly impactful, easily capturing the audience’s attention and immersing them into the life of Benjamin Brynn.

Something to take into consideration is the fact that this is not necessarily something that would be considered a traditional video game, but more of a ‘Choose Your Own Adventure’ movie. There is not much that the player can do but sit back, blink, and watch the scenes unfold in front of them. There are no changes the player can make in the narrative, but the story is nonetheless incredibly eye-catching and mesmerizing.

Before Your Eyes is a memorable and impactful game I would recommend to anyone. With a rating of 9/10, the fascinating use of mechanics and masterful storytelling is something that a lot of other games lack. People who are willing to sit down and watch the life of Benjamin Brynn, will experience the unpredictability of life, beautiful and corrupt relationships, and emotions never felt before. With just a blink of an eye, go out and play Before Your Eyes.